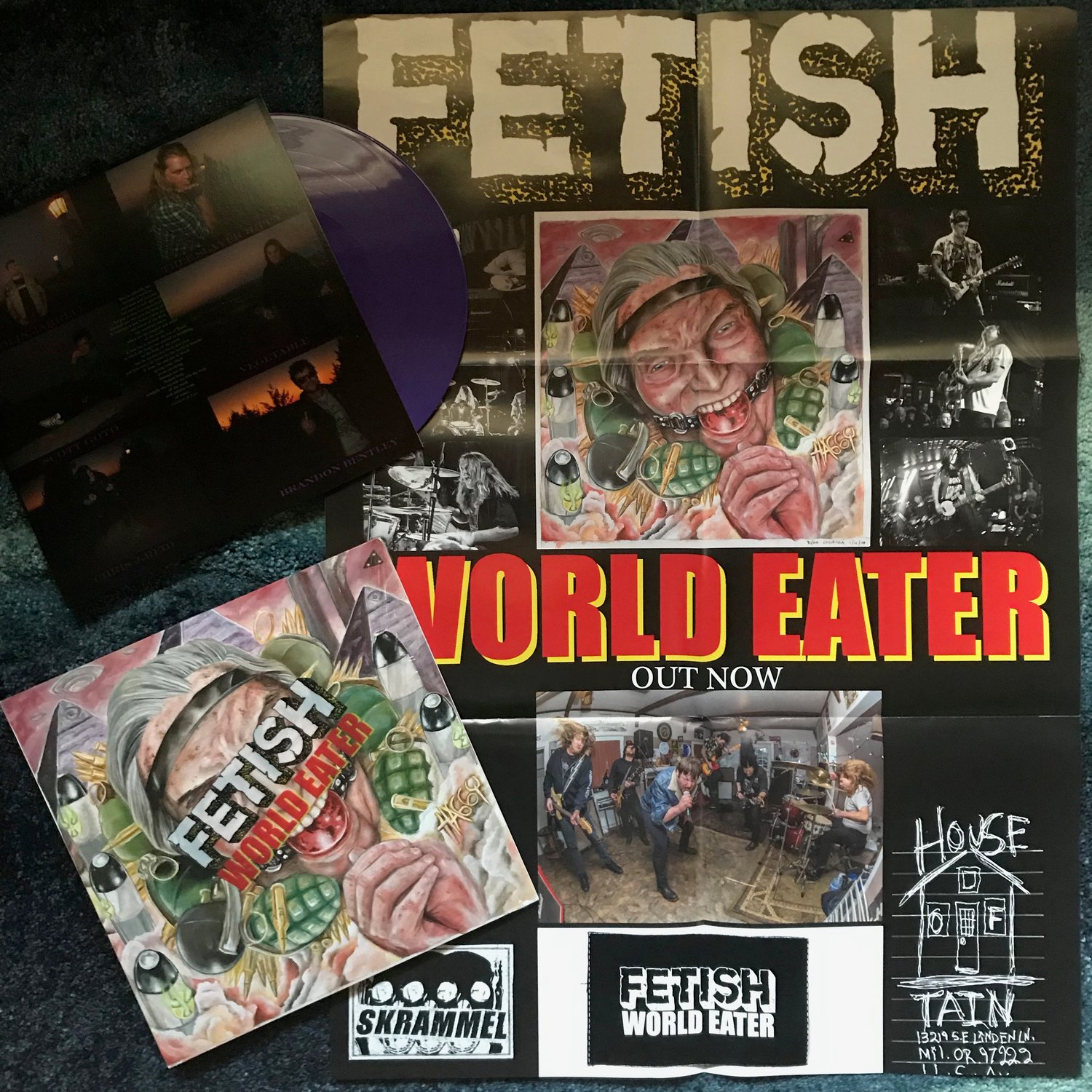 Domestic Version
Limited to 300 - Ultra Clear Vinyl
300 - Ultra Clear Vinyl w/Slime Green Splatter
(**Vinyl will come hand numbered, packaged in a heavyweight clear PVC sleeve with the vinyl in front of the cover art, which will fold out into a gate-fold layout with lyrics, photos, etc. Album will have a clear vinyl sticker on the outside also showing the band logo and album title. The record will also have custom etching on side A and B)

FETISH-World Eater
*Debut Full Length CD JAPANESE IMPORT!*
What do you get when six members of some of the best NW Hardcore Rock N Roll bands join forces? The FETISH sound is pretty much what you think the band would be like with these musical juggernauts at the helm. Poison Idea's Feel The Darkness, We Must Burn spliced n' diced with with a Long Knife for a sound all their own. "World Eater" comes packaged in a 9 panel foldout with lyrics, pictures with your CD housed in the middle. Includes a 14x20 poster.
FETISH is Steve "Thee Slayer Hippy" Hanford, Eric "The Vegetable" Olson, Colin Jarrell, Scott Goto, Chris Reid and Brandon Bentley.

As if it’s not enough that FETISH features legendary POISON IDEA members Steve “Thee Slayer Hippy” Hanford and Eric “Vegetable” Olson, and later-era Poison Idea guitarist Brandon Bentley, but it also includes 3 of the members of the Portland punk rock machine that is LONG KNIFE, Colin Jarrell, Scott Goto, and Chris Reid. With a single already out and a vicious onslaught of new material put together, we here at Blackhouse are honored to be putting out their debut full length album, “WORLD EATER” in its entirety in physical form.